Dengue is a common fever is the tropical areas. It is also known as breakbone fever and is caused by mosquito bites. The infection caused by the mosquito bite can lead to a sever flu-alike illness that is known as dengue. It is primarily caused by four different types of viruses and is spread into living beings by Aedes mosquitoes. The dengue fever symptoms can range anywhere between mild to severe. The extreme symptoms consist of DSS or the dengue shock syndrome as well as DHF or the dengue hemorrhagic fever. Such extreme conditions generally require immediate hospitalization. The main dengue fever symptoms of both the severe and the mild stages are mentioned below.

The signs of dengue vary from mild to severe fever. All the three ranges of dengue and their dengue fever symptoms are discussed in details below.

In case of mild dengue fever, your noticeable symptoms will appear after almost seven days of being bitten by a mosquito that is carrying the virus. The symptoms include:

If you notice that you are having joint and muscle ache continuously without any probable reason then you should not ignore it. You might have been affected by the dengue virus. If you are a chronic patient of joint pain then this symptom might be hard to detect; but otherwise, you should know when to visit the doctor.

Mild dengue causes high fever that keeps coming back. If you see that your temperatures are not coming back despite taking the general medication, you should be alarmed. This could be the sign of you getting affected by dengue.

Another one of the dengue fever symptoms include pain in the eyes. You might feel a strong pain behind your eyes when you are affected by the dengue virus. If the condition persists then you should not waste time and go to the doctor.

One of the most common dengue fever symptoms is unbearable headache. If you have high fever along with an intent headache then you might be affected by dengue. It is best to consider a doctor to avoid any further complication.

A dengue affected person might suffer from intense vomiting. Some people also experience nausea as a symptom when they have been attacked by the dengue virus.

The dengue fever rash is a very common symptom of dengue. The affected person gets rashes all over their body that cause pain and itching. If you suddenly face such rashes then it is best to consult a doctor.

The mild dengue fever symptoms generally do not last for more than seven days. The mild dengue does not hold any fatal threat to the affected person. However, it is better to consult a doctor anyway.

This is a more serious condition than the mid dengue fever. The symptoms of DHF might seem like those of the mild dengue at first but then they start to get worse. Besides all the mild dengue symptoms, DHF might include some internal bleeding as well.

The primary symptoms of DHF are:

If you have high fever and start bleeding from gums or mouth or nose then you should be cautious. These symptoms might point towards you getting affected by dengue hemorrhagic fever.

This sign cannot be understood from the outside and would require a doctor’s examination. If you see that your fever is persisting along with bleeding symptoms then you should rush to the doctors. With the necessary tests it can be found out that your blood vessels and lymph have been damaged.

Apart from blood coming out externally, there might be some conditions of internal bleeding as well. The internal bleeding often causes black vomit and black stools. So, if you have fever and see the change of color in your stool and vomit then you should rush to a doctor. These are alarming signs of DHF.

When you have DHF you are very likely to experience a sensitive stomach. Your stomach can get upset with anything you eat and thus you need to be extra careful. When you notice that you are constantly vomiting and having stomach upset along with fever, you should go to your doctor.

READ  Foods High In Potassium - What To Eat? What To Avoid & Why To Avoid?

Your pulse gets weaker when you are affected by the DFH. You need to take your pulse regularly when you are having this fever. If you notice that it is getting weaker day by day then you should not delay to visit the doctor.

Small spots of blood under skin

You can get little spots of blood under your skin when you are having this dengue hemorrhagic fever. They are noticeable and if you see a number of them coming up then make sure to rush to the doctor.

If you are not careful about the symptoms of DHF then it might lead to fatal results.

This is one of the most severe forms of dengue. It can prove to be fatal if not taken care of immediately. The dengue fever symptoms of DSS include:

DSS prompts intense pain in the stomach. If you have high fever along with a stomach ache that is intense and is not going away then you might have DSS. It is better to consult a doctor immediately.

If you feel your blood pressure level has dropper suddenly and you have high fever then it might be DSS. One of the dengue fever symptoms of the DSS is sudden hypotension as well. So, if you face any of these make sure to visit a doctor immediately.

When you have been affected by dengue shock syndrome you can get disoriented at times. With normal fever as well, people at times feel their heads spinning and disorientation. Given the fact that DSS is fatal, the effects are naturally higher of degree. You might feel completely disoriented and lose track of time. In such a situation proper medical guidance is extremely important.

Both internal and external bleeding are the symptoms of DSS. You can see blood coming out of your nose or gums. In case of internal bleeding you can see that your vomit or stool has turned black. Id you see these symptoms are getting worse along with your high fever then you should see a doctor immediately.

While vomiting is a common syndrome of all types of dengue, when you have DSS you are very likely to face constant and heavy vomiting. You will be vomiting regularly and it is best to consult a doctor to avoid any unwanted situation.

Your blood vessels might start to leak fluids when you have DSS. You will mostly not be able to understand this symptom without a few tests. That you why you should rush to a doctor if you notice any of the above-mentioned symptoms in you.

Without prompt and proper treatment, DSS causes death in most of the cases.

This is the primary symptom that indicates your child might have dengue. If you see that the fever is remaining constantly high despite regular medication then you should go for a specialist. In many cases, a child who is affected by dengue can also have a low temperature. Make sure to keep a regular tab on your child’s body temperature to keep him safe from dengue.

Dengue fever rash is common in children as well. If you see your child is getting rashes all over his/her body along with a high temperature then you should be alarmed. It is best if you take your child to a doctor for immediate care and treatment.

The sleeping pattern of your child can also be affected is he/she has dengue. Dengue often causes extreme sleepiness. This means you child might sleep longer than regular hours when he is affected by dengue. Other symptoms include lack of energy and easy irritability. If you see such conditions persisting in your child along with rashes and fever then you should go for a doctor.

READ  Benefits of Drinking Water in Our Daily Life

Vomiting is one of the common dengue fever symptoms that affects both children and adults. If your child has been affected by dengue then he will be vomiting constantly. He/she might vomit two to three times in a span of a day. This would not only make the child weaker but also will worsen his condition. It is therefore better to take him to a doctor after a day’s vomiting.

If you child suddenly starts bleeding from his gums or nose when he has fever then you should be worried. This is one of the symptoms of dengue in children and you should not overlook this. It is best to take him for immediate medical care to avoid unwanted results.

These symptoms can be mild at first bit can escalate to severity in a quick span of time. Thus, make sure to not neglect any of the symptoms and visit a doctor as soon as possible.

Given the fact that dengue is caused by a virus, there is no particular kind of cure of treatment available for the disease. However, there are certainly some ways that helps the condition. In case of mild dengue, the below mentioned methods are chosen for treating the patient. Dehydration prevention:

It is important to keep the body hydrated in time of dengue. Due to high degrees of vomiting and fever, a person might get easily dehydrated when affected by dengue fever. Therefore, in case of mild dengue a person should have plenty of water to prevent dehydration. However, the water needs to be pure as otherwise it would cause a stomach upset. One can also opt for rehydration salts that would help to replace the wasted minerals and fluids.

In case of dengue anti-inflammatory drugs like ibuprofen or aspirin are not used to treat the mild form of the fever. The reason is that these non-steroidal drugs might enhance the chances of internal bleeding.

Certain painkillers like Tylenol can help in reducing the pain because of the fever as well as bring down the temperature. Paracetamols are also used often in the initial stages of dengue to cure the pain.

These are the methods of treating mid forms of dengue. However, in case of more severe dengue one would need:

IV or intravenous fluid supplementation helps patients who cannot intake fluids with their mouths. It is offered at a more severe stage of dengue.

Blood transfusion is needed for patients who suffer extreme forms of dehydration caused by dengue.

In many cases, the patient has to get hospitalized to get proper medical care under doctor’s supervision. Delaying the process of taking the patient to the hospital might affect his health seriously and cause fatal results.

It is important to prevent yourself from the dengue fever as there is no certain cure for it. You should avoid getting bitten by mosquitoes to reduce your chances of having dengue. Make sure to wear clothes that cover your whole body and use mosquito repellants at home.

Given the fact that prevention is always better than cure, you should concentrate more on preventing dengue. However, if you get affected by any chance then make sure not to ignore the symptoms and seek immediate medical helps. The longer you will ignore the symptoms the more you will have to suffer in latter times. 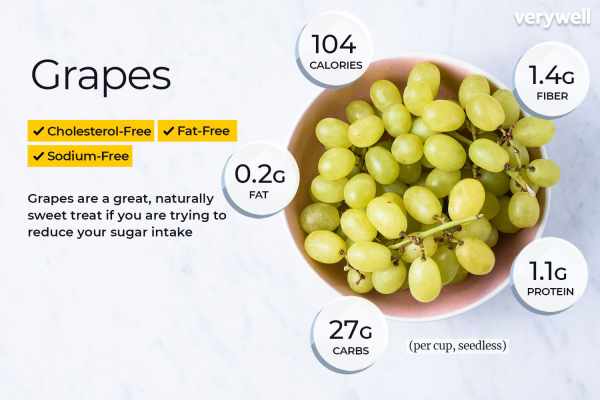 Are Grapes Good For You? 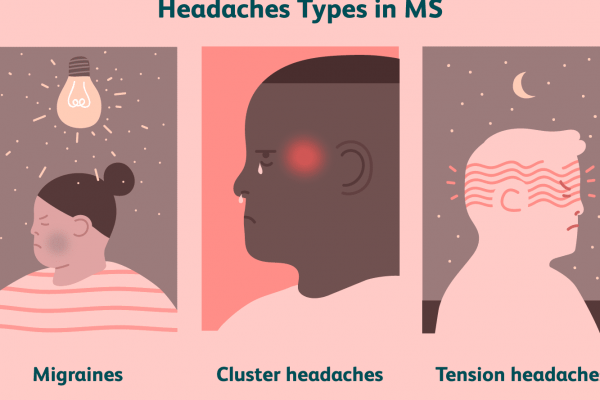 Headache Back of Head

What Is Kosher Salt Vs Other Salts and Their Uses

Foods Rich In Fiber – 16 Food You Should Eat

How spending some alone time can help in your self-improvement

In today’s crazy and busy world, taking care of ourselves is our primary concern to keep ourselves in the loop...