Stink bugs are considered as nature’s revenge for their foul smell. They are usually found in dirty socks, rotten fruit, or paper mill pulp. It’s believed that it has come from native Asia and is located in the eastern half of the US that implies California, Oregon, Washington, Arizona, New Mexico, and Texas. It is harmless to humans but so much annoying if stink bugs roam freely around the home space, including bedrooms and bathrooms. But before going to know how to get rid of stink bugs, it’s important to understand what attracts them most, what their nature is, and finally, the preventive measures. And in this whole article, we have covered every aspect in detail that will help to choose the best preventative measure to get rid of stink bugs.

What is stink bugs?

Stink bugs or yellow-brown bugs are known for releasing their odor when it is disturbed or crushed. Some other types of pests, beetles, and bugs also have the same characteristics. But you can identify stink bugs due to its specific features.

It is has piercing-sucking mouthparts, specific straight antennae with light brown bands.it is mainly large and oval-shaped, or shield-shaped insects. Though they are an agricultural pest, they are usually found in the home

They usually are found in orchids, gardens, and farms. They do not harm humans, but they can cause a lot of damage to crops, ornamental plants, fruit trees, and parks. The thing is that they are more irritating rather than a threat.

As they release an odor from glands. Again they fly around rooms and crawl on the walls, attic, and ceilings in large numbers. For seeking shelter, they take place inside a home in winter. In the spring season, they become more active. Stink bugs tend to assemble on upper floors, attic and tight spaces. To deal with stink bugs, proper steps have to take.

How to get rid of stink bug:

To get rid of stink bugs here, we have discussed preventive measures, home remedies, and some other types of control measures. These are as follows-

As we all know, prevention is better than cure. So if it’s possible to keep your home free from bugs, then nothing to worry about how to control stink bugs. In this section, we have discussed how to get rid of stink bugs in the house. Some proper ways will help you so that stink bugs can’t get entry to your home. These are the following.

Try to seal the entry points:

It’s the most effective way if you want to prevent the entry of stink bugs. Maybe it can take some time. But it will be useful. Landowners can control the entry of stink bugs by sealing the entryways or other cracks as possible. Pay attention to the surrounding areas, including utility pipes, behind chimneys, beneath the wooden space, and other openings. If you find any cracks or holes, then seal them with quality of silicone or silicone sap block. It is the best way to know how to get rid of stink bugs in the attic.

Keep food in an airtight jar:

Elimination of the food sources is another method to get rid of stink bugs. As it’s our common mistake that we keep our remaining food in unhygienic conditions. So, it’s better to remove access food, so that stink bug doesn’t get food. Store food in an airtight container so that from outside, no pest or insects can get inside.

When we cook, we all make a messy condition of the counter. Clean the kitchen counter with the kitchen cleaner. You can use a clean cloth piece or towel soaked in white vinegar or warm water to remove the oily stains also.

See also  Be Summer Ready: 5 Things to Do When Cleaning Your AC Unit

Replace the old screening or repair:

Stink bugs can also take their place in the old furniture. They can enter through the smallest openings. So it’s better to repair or replace the damaged screens on windows or doors. Also, check the weather shedding area. In that case, it’s better to use a door sweep or mesh screening. Any torn and damaged window has to repair also.

As we have to keep much stuff in several drawers or containers, so there is a possibility to remain stink bugs in belonging. So when you keep any staff for a long time, then check them weekly or monthly basis so that if any cockroaches or stink bugs remain in them, you will be able to find out. Again, inspect the item such as grocery bags or other stuff bringing form your outside storeroom.

Most of the insects are attracted to light. Stink bugs are not exceptional in this matter. Also, maintain the outdoor lighting at a minimum level. During the evening, turn off the entrance lights and pull down the window shades to prevent light from coming inside.

Proper ventilation helps to go out insets from home. Try the appropriate ventilation in basements, garbage, and crawl spaces. It’s also beneficial to use dehumidifiers.

It’s essential to properly manage the firewoods as stink bugs like to stay on firewoods. For better prevention, keep firewoods 20 feet away from the main house and five inches above from the ground.

How to get rid of stink bugs home remedy:

Soapy water: Soapy water is useful to get rid of stink bugs. Choose a ½ gallon container to fill it with 25% water mixed with one teaspoon of liquid soap or detergent. And keep this jar open as stick bugs tendency is to drop downward. So where you will find most bugs are assembled, knock that place, and they will fall into the soapy jar. It’s also beneficial to use vinegar that will add some extra power. You can also use ¾ cup mild dishwasher, 32 warm ox water, and a spray bottle. And spray the soapy water over stink bugs.

Garlic spray: If you want to know how to get rid of stink bug naturally then you can use this. Use 4 teaspoon garlic, 2 cups water, and a spray bottle. Spray over the place where stink bugs accumulate. You can also use garlic powder or chopped garlic as stink bugs can’t tolerate the smell of garlic.

Neem oil:  If you are concerned about how to get rid of stink bug in the garden then this is effective. Take 32 oz warm water, 1-2 tsp neem oil within a spray bottle, and spray over stink bugs.

Mint spray: Take 2 cups water, 10 drops of mint oil within a spray bottle. You can add peppermint in this spray to make it more effective.

See also  Best Food for Puppies- What Do the Vets Recommend

Sticky pad: Sticky pad is also useful if you are worried about how to get rid of stink bugs. For that cover the surface of a dry mop with a sticky place and use it as long-handled stink bug catcher. For high climbing bugs, it’s a good tip.

Use of plastic bottle: Take a plastic bottle and use the lid to collect the stink bug. Put them on the bottle and throw them away. In summer, you can keep the bottle in the refrigerator and know how to get rid of stink bugs in winter, throw away the bottle outside. The trapped bug will freeze inside the bottle usually. By this process, they will not be able to spread the odor out.

Placing of night lights:  Fill a shallow pan or tray with soapy water. Mix it with 4 cups of hot water and mild dish wash. Inset a bulb into downward-facing so that it attracts the stink bugs. Place this mixture near the marked stink bugs. Wait for 12 hours and after that, you will found bugs are dying in the soapy water. Again, you can mix it with vinegar and place it in the room with a small light so that it hangs over the dish. In the meantime, bugs will attract the light and fall into the suds and drown.

You can also use Hair spray, lavender oil, Hot peppers spray and a vacuum cleaner to find the corner remaining stink bugs.

Use of chemicals: If you are worried about how to get rid of stink bugs then the use of chemicals can help you regarding this matter. Common chemical sprays contain deltamethrin pesticide that is known to kill bugs. These chemicals you can use near common entry points or around windows or other spots where bugs assemble.

Use of electric insect trap: you can also use an electric web to get rid of stink bugs.

At first, it’s better to go through preventive measures and after that use home remedies to get rid of stink bugs from the house.

The smell of essential oil stink bug hate and by spraying over them you can remove stink bug from home.

Take 1 teaspoon of liquid soap or detergent and 2 tablespoons of vinegar and dilute it with a small amount of water. And spray over the bug assembled area.

Weep garden in time, use DE or any insect-killing trap to get rid of bugs in the park.

How To Clean Pennies: The Most Convenient Ways Of Doing It

How To Clean Shower Head Without Vinegar? 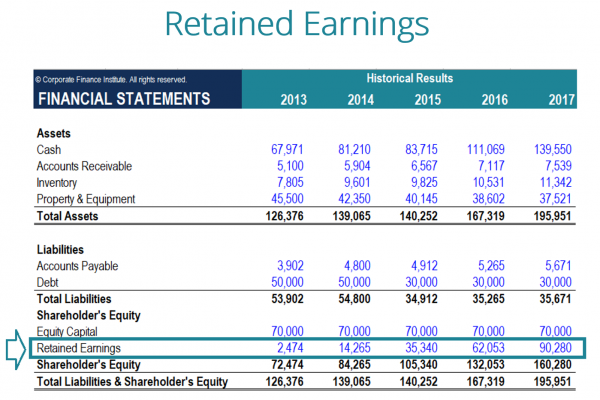