Iron is one of the body’s most essential trace elements.  A drop in iron levels can reduce both physical and intellectual capacity.  Its leading role is to transport oxygen from the lungs to various organs, but it is also involved in forming red blood cells.  Iron is only present in trace amounts in the body, so it is essential to include foods high in iron on the menu.

A lack of iron can also lead to anemia, including iron deficiency anemia.  Iron is absorbed by the digestive tract, which can be in two forms: heme iron as in meats and fish or seafood better absorbed than non-haem iron as in plants and dairy products.

The iron is an essential trace mineral for our body to function correctly. Its primary function is to participate in the transport of oxygen through our body since it is one of the minerals that are part of red blood cells.

If you want to avoid deficiencies, the body needs between 8 and 18 mg of iron per day, an amount that fluctuates depending on sex and age. Lack of iron is problematic as it causes iron deficiency anemia, the most obvious symptoms of which are fatigue, weakness, and paleness.

When you want to prevent iron anemia, it is important to add foods rich in iron to our daily diet. It is interesting to enhance its absorption by combining its consumption with foods containing vitamin C. Here are 12 foods to choose from for a balanced iron intake. Let’s know about some foods high in iron.

Food is an excellent ally to alleviate vitamin and mineral deficiencies. If you want to improve the amount of iron in your body, you can add a series of foods rich in iron to your daily diet. Among the foods with the highest amount of iron, the following stand out.

Here is a list of foods high in iron

The foods richest in iron are organ meats and, more specifically, black pudding.  A 100 g serving of black pudding contains up to 22.8 mg of iron, which meets an adult’s daily iron requirement.  Therefore, to guard against iron deficiency, it is advisable to consume black pudding approximately every two weeks.  There’s also the lamb kidneys for those who don’t like blood sausage, which contain around 12g per 100g.  Calf’s liver is also one of the most iron-rich organ meats.  A slice of 100 g of calf’s liver contains approximately 7.9 mg of iron.

If organ meats and spinach (see point 4) are the primary protein sources, red meat is not left out either.  A 100 g serving of beef provides the body with about 4 mg of iron.  Horse meat contains 5 mg for the same amount.  If you like the game, choose deer, it has about 3 mg per 100 g.

Be careful, however, about the consumption of iron from red meat.  A 2017 study by Duke-NUS Medical School in Singapore found that consuming meat and poultry increased the risk of diabetes (type 2).  In its heme form, iron, which is located in large quantities in meat and poultry, may partly explain this increased risk of developing diabetes.  This study was published on August 22, 2017, in the American Journal of Epidemiology.

Shellfish are among the most decadent foods in iron.  According to the National Food Safety Agency, 100 g of shellfish contain about 15 mg of iron.  Clams have high iron content.  100 g of clams, about 13 units of medium size, contain 13 mg of iron.  If you prefer mussels, know that for 100 g of mussels, you can get 5.47 g of iron.  Oysters, tuna, and shrimp are also high in iron. They are rich in potassium, manganese, iodine, phosphorus, copper, calcium, and zinc. These seafood and fish contain heme iron like meat, but plants that have non-heme iron do not.

After organ meats, the food that provides the body the most iron is spinach.  Unlike other vegetables that must be eaten raw not to lose their nutritional properties, it is recommended to eat cooked spinach.  They are highest in iron when they are cooked.  100g of cooked spinach contains approximately 15.7g of iron.  To increase the absorption of iron from vegetables like spinach, eat foods rich in vitamin C like tomatoes at the same time.

READ  Why is it critical to form a proper work-life balance?

Cocoa is another food rich in iron.  In 100 g of cocoa powder, without added sugar, there is 10.9 mg of iron.  If you like chocolate, choose those that are rich in cocoa. They are the ones that are the richest in iron.  A 100 g bar of 70% dark chocolate contains 10.7 mg of iron.

Some seeds like sunflower seeds are also high in iron.  Typically, 100g of this seed can contain between 4.3 and 6.4 mg of iron.

Eggs are one of the foods with the highest amount of iron, being an excellent source of quality protein. Thus, the yolk of the egg contains up to 7 milligrams per iron per 100 grams.

Beef liver meat and other entrails from animals such as kidneys, lamb roasts, or brains are full of iron. Thus, about 100 grams of beef liver provides up to 36% of the RDI. Besides, the organ meats also contain an essential contribution of vitamin A, vitamin B, copper, and selenium.

Red meat is another of the iron-rich foods that cannot be missing from this list. Beef or veal meats are one of the red flesh with the highest contribution of heme iron and rich in zinc, selenium, proteins, and vitamin B12.

In the case of suffering from iron deficiency anemia, it is essential to add red meat to your daily diet, always in moderate amounts, as they are one of the best ways to absorb and fix iron.

Broccoli is another important source of iron for the body, with the addition of also having vitamin C and thus favoring the absorption of this mineral.

And we can also give ourselves a little pleasure by adding chocolate to our diet of foods rich in iron. A single ounce offers up to 19% of the recommended daily amount of iron. Furthermore, chocolate is also rich in antioxidants.

Iron – deficiency anemia or iron deficiency is one of the most common nutritional deficiencies today. If we neglect the consumption of foods rich in iron and do not eat the amount that our body needs, we begin to feel tired and without enough energy to get to the end of the day well.

The iron that reaches our body through food can be of two types of animal origin linked to proteins known as heme iron. Our body’s absorption rate can reach up to 35%, and iron from vegetables, known as non-heme iron, whose absorption is slightly lower, reaching 10% at most, that is why vegetarians should pay special attention to this nutrient.

Foods high in iron that should be part of our diet

Before going over the list, there are a couple of things to take into account when making sure that we are taking all the iron we need through the diet, and that is that the rate of iron absorption can vary depending on what we accompany with it.

Iron is absorbed much more efficiently when eaten with foods rich in vitamin C, B6, B12, and folic acid. On the other hand, you should avoid accompanying foods rich in iron with other foods rich in calcium, such as dairy products, since calcium and iron compete. Our body will try to absorb both, so neither will be absorbed correctly.

How to better absorb iron?

For the body to benefit from this mineral, several foods can help us better absorb iron and avoid suffering a significant nutritional deficit. As one of the papers published in the scientific journal ‘American Journal of Clinical Nutrition’ explains, to stimulate the bioavailability of iron we can resort to these three elements:

Vitamin C is a steadfast ally of iron absorption, ascorbic acid, or vitamin C. To facilitate this task, we must consume foods with a high content of this substance, such as, for example, peppers, citrus fruits, or vegetables of green leaf. Adding lemon to stews, meats or fish, or drinking fresh orange juice whenever possible can enhance this mineral’s absorption.

Meat and fish. Red meat, poultry, and fish are excellent sources of iron and help improve the absorption of the non – heme iron, as it has demonstrated a study published in the ‘Food, Science and Nutrition’ means. Combining these foods with others, such as cereals, could favor this mineral’s bioavailability in the body.

Beyond taking vitamin C to promote the use of this mineral, there are also a series of foods that can prevent its absorption:

Phytic acid and polyphenols. There are natural compounds in plants that can decrease the body’s ability to absorb iron. One of them is phytic acid, present in whole grain cereals, legumes, and nuts. Fortunately, its effects can be counteracted by adding vitamin C or meat to dishes. On the other hand, we find polyphenols, powerful antioxidants in fruits, vegetables, cereals, legumes, tea, or coffee, among others. The research found that drinking tea during a meal decreases iron absorption between 60% and 70%, while doing it before or after it reduces this figure to 20%. The researchers recommended leaving a couple of hours between different meals to enjoy this drink to avoid this.

Foods were rich in calcium. Calcium is another essential minerals for the body, although it has always been associated with decreased body ability to absorb iron. However, a 2010 review of studies found that calcium and dairy products only affected the short term, thus avoiding more far-reaching problems.

FAQ of foods high in iron

Iron is an essential nutrient for life as it plays a crucial role in:

There are natural compounds in plants that can decrease the body’s ability to absorb iron. One of them is phytic acid, present in whole grain cereals, legumes, and nuts. Fortunately, its effects can be counteracted by adding vitamin C or meat to dishes. On the other hand, we find polyphenols, powerful antioxidants in fruits, vegetables, cereals, legumes, tea, or coffee, among others.

Iron – deficiency anemia or iron deficiency is one of the most common nutritional deficiencies today. If we neglect the consumption of foods rich in iron and do not eat the amount that our body needs, we begin to feel tired and without enough energy to get to the end of the day well. 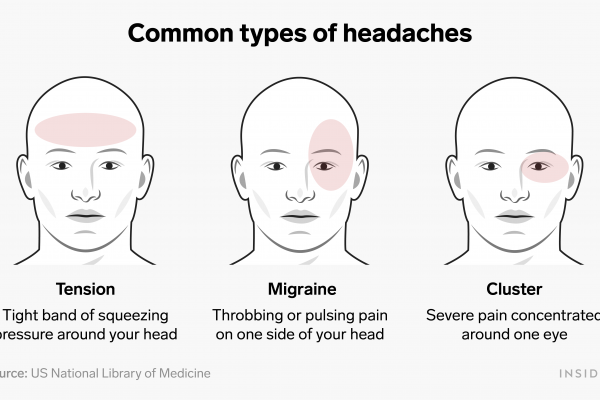 Best Multivitamins for Men – Benefits and Side Effects

Benefits of Drinking Water in Our Daily Life

How to Stop Diarrhea With Home Remedies?