There are currently around 800 different types of strains out there that have been officially recognized by the marijuana community, all with varying levels of potency. Whether it’s Indica, Sativa, or a Hybrid strain, potency is generally measured by the percentage of THC that is present in the strain.

If you’re wondering what the strongest weed strain is, there are more than a few good options out there. We’ve listed a few of the top contenders as well as the current strongest known strain.

How to Find the Strongest Weed Strain

Many people are curious about what the strongest weed strain is. While there are some definite answers for now, that number can always fluctuate when new strains are introduced to the market.

Depending on how the plants are grown, potency could be higher or lower. However, certain strains have a tendency to be more potent than others. Until new strains are introduced, these are the current strongest weed strains.

New strains can be tested with a THC potency test to determine their strength. If they surpass the THC content of the current strongest strain, then they become the new strongest weed strain available.

The Best Strains of All Time

Aside from the current strongest weed strain in the world, there are a good amount of strains worth mentioning for their potency. This is by no means an exhaustive list, but here are few of the most famously potent weed strains on the market today.

One of the strongest weed strains in the world is called Godfather OG. Grown in California, it is a hybrid strain of Cherry Pie, OG Kush, and Granddaddy Purps.

READ  Eight fashion mistakes that damage your image among girls

Godfather OG induces a full-body euphoria that may leave you couch-bound for a while. However, it was named one of the best Indica strains and continues to be a popular strain today.

Named for its sticky buds, this top-selling Colorado strain carries hints of hot chocolate and gasoline-like aromas. It has also been known as “Gorilla Glue” after the industrial-strength adhesive.

GSC was created from a hybrid of OG Kush and Durban Poison. It was previously named “Girl Scout Cookies” after its sweet flavor and euphoric high, but later had to change its name due to copyright claims.

Said to have originated in Florida, OG Kush is perhaps one of the most well-known strains of all time. It features more psychedelic “trippy” effects, making it not ideal for newbies or the faint of heart.

The Strongest Weed Strain in the World

As of 2019, the strongest weed strain in the world is known as Future. This Portland-based hybrid strain boasts some incredibly strong mental and physical effects. Users have reported surges in creativity as well as increased focus and general euphoria.

While these are a few of today’s top contenders, there’s always the chance that a new strain will come and steal the title of “Strongest Weed Strain.” Until then, keep an eye out for these potent stains on your next shopping trip.

For more hobbies and lifestyle, check out our blog.

Topics to Write About Environment For More Awareness

Gift Giving Guide: 4 Small But Meaningful Gifts to Give Your Significant Other 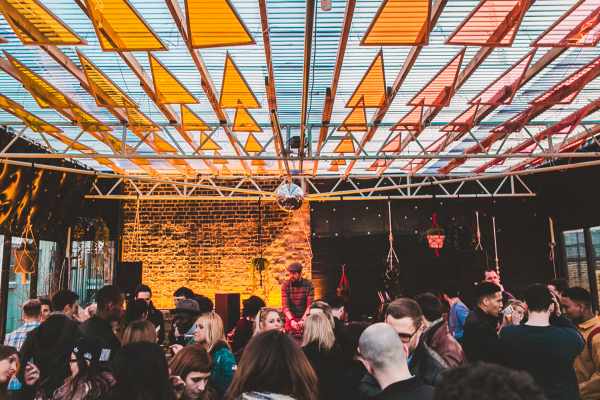 Things to do this week in London and places around

It is estimated that around 20% of adults are living with chronic pain. It is a debilitation problem that can impact...