There are a number of substances that are known to be extremely addictive. Unfortunately, many people fall prey to such substances and end up with an addiction.

Many people lump all addictive substances into one category, but there are certainly differences among substances. You should be aware of which drugs pose the highest threat of addiction.

The Most Addictive Substances

Measuring the addictiveness of a substance can be tricky. Typically, an addictive substance heavily activates peoples’ dopamine receptors, provides a pleasurable experience, results in withdrawal, and tends to cause pain in the long run. Additionally, there are normally lasting effects on the immune system.

Drugs that are more addictive usually pose a high street value because users crave them so intensely. We’ll touch on a few of the factors listed here with each drug we cover.

Heroin is the most addictive drug present in society at this time. It is also an opioid but is an especially powerful one. The euphoria that heroin gives is extremely pleasurable and proportional to the pain of withdrawal.

Users are quickly thrown into a balance of intense pleasure of use and pain of withdrawal, requiring continuous use to maintain any semblance of a comfortable state of mind.

Heroin is often injected intravenously, and users sometimes share needles. This poses a huge risk of transmitted disease in addition to the extreme risk of overdose that heroin causes.

Codeine is also a drug that’s commonly abused. These drugs act in a way that produces extreme bodily pleasure and relaxation. Their effectiveness as pain medications is great, but use comes with a host of other side effects.

Continued use can lead to drastic changes in personality. Additionally, there’s a high risk of drowsiness and confusion. Difficulty seeing, breathing, and performing normal motor functions are common as well.

There’s also a high chance of overdose if users aren’t particular about their consumption. Tolerance develops quickly, and those who go back to using and maintain their previous level of use are extremely susceptible to overdose.

READ  The Benefits of Sports for Weight Loss During Menopause

While nicotine doesn’t pose a risk of immediate death, it can certainly lead to a long-term one. It’s estimated that over a billion people on earth smoke cigarettes.

Their addictive power is shown when compared to the fact that almost all smokers know the potential health risks. It’s also easier to use cigarettes than it is to use other addictive drugs because the behavior is so normal in most societies.

Contrary to popular belief, crack and cocaine are effectively the same. There’s a lot to be said about the popular divide between the two drugs, but the truth is that they are two sides of the same coin.

The method of ingestion is different, however. Both are very addictive and can quickly lead to dependence and addiction.

Methamphetamine is an extremely powerful, addictive drug. It an illegal drug that is created in labs that typically fall far below safety standards.

Once taken, the drug is a powerful stimulant to the central nervous system and leads to lasting damages to our cognition, cardiovascular system, teeth, skin, and much more.

Note that alcohol is more addictive than drugs like Xanax. While it is an integral part of American society (and most other societies), alcohol remains extremely addictive.

Because the behavior is so normalized, it’s difficult to know when you or someone you love is showing signs of alcoholism. Learn more about the illness to notice the signs.

While coffee isn’t exactly known to be an addictive “drug,” it is still one of the heaviest used substances on the planet. People who grow accustomed to drinking coffee at certain parts of the day are often very irritable if they interrupt that routine.

Coffee, while healthy to a degree, can also contribute to some health problems after long periods of consumption.

Benzos, sometimes called by their generic names of Valium and Xanax, are technically called benzodiazepines.

These drugs are used to treat anxiety in most cases and are thought to seriously reduce the symptoms of panic attacks. At the same time, their sedative effects seriously slow the central nervous system and produce a semi-euphoric effect.

READ  10 Reasons Why You Should Visit Urgent Care

This effect can be extremely addictive, and tolerance is developed quickly. Further, there is a large risk of overdose. Benzos are second to opioids in terms of prescription drug overdoses.

There are certainly specific amphetamines that will land higher on our list, but amphetamines are very addictive as a general group. We list the general group because there are drugs like Adderall and MDMA that are commonly abused and highly addictive.

Amphetamines work to stimulate the central nervous system and increase social behavior as well as cognition. The effect is a powerful one, and often makes people feel “like they think they should.” This, of course, is not a rational look at the effects of the drug.

After continued use, amphetamines are extremely difficult to kick. Additionally, the withdrawal effects happen after one or two uses because the effect on dopamine receptors are so powerful. One is relatively drained after using.

A common phrase is that the person is “borrowing happiness from tomorrow,” as the excitement of using leaves a person proportionally drained the next day.

Methadone is a substance used to treat recovering addicts who used opioids. It allows people in recovery to curb their symptoms of withdrawal. Because methadone binds to opioid receptors, it satisfies some of the same neurological factors as opioids do.

At the same time, the substance is highly addictive. As a user curbs their withdrawals with methadone, they begin to build up a tolerance and dependency for the substance.

The result is that the user has to deal with withdrawals from methadone use.

Hopefully, you’ll have a pretty good read on the most addictive substances from this point on. If you think you or a loved one might be at risk of addiction, though, it’s important to keep a close eye.

Visit our site to learn more about addiction and its warning signs.

The Benefits of Sports for Weight Loss During Menopause 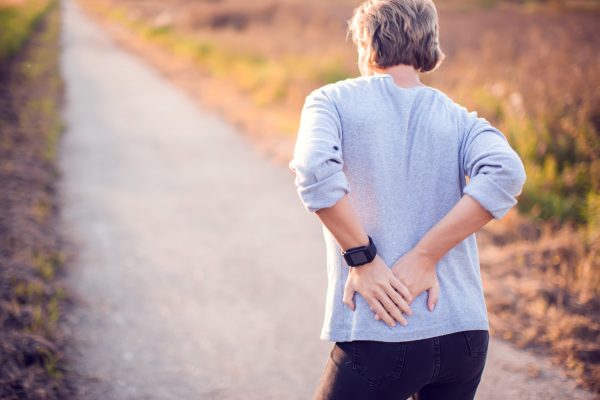 10 Reasons Why You Should Visit Urgent Care

Can Dogs Eat Grapes? A Guide to Not Accidentally Killing Your Dog

It's dinner time again. There are two big adorable eyes staring up at you from under the table. Your heart...