Who doesn’t know Sundar Pichai? He is the Time Magazine’s 100 most influential people of 2020. He is the CEO of Google subsidiary Alphabet, and he has played a critical role in the increasing business by Google. Most people know about the man, but they don’t the people who stood beside them in all thick and thins. Yes, we are talking about Anjali Pichai, who is Sundar Pichai’s better half. She is one of the most talented women who has always been by the man’s side, who is the CEO of one of the biggest companies in the world. In this article, we will talk about Anjali Pichai, who has played an instrumental role in the life of Sundar Pichai.

Everything you need to know about Anjali Pichai

The introduction of Anjali Pichai is not limited to being Sundar Pichai’s wife. She is also an excellent chemical engineer, and she works presently as a Business Operation Manager or BOM in Intuit. It is a famous software company that is based in California, United States. Most people know Anjali Pichai as the beautiful wife and partner of the famous Sundar Pichai.

Anjali was always the inspiration behind Sundar’s success, and she has stood firm by him through his inspiring journey. She is a smart woman, and she is a person with several talents. Anjali has excelled in all walks of life and every field of her journey. She has performed as good as Sundar Pichai in a career as well as in academics. She is truly a woman of steel, and she gets massive respect from everyone. Despite being the wife of Sundar Pichai, she has earned tremendous respect and a name for herself.

After completing her higher secondary schooling, she got enrolled in an Engineering course. She holds a degree in Chemical engineering. She has completed her B.Tech degree from the Indian Institute of Technology, Kharagpur.

See also  How Many Calories Does 10000 Steps Burn: Secret to Weight Loss

In the decade they were dating, there was no phone or internet connection, and thus, it was too difficult for them to communicate with each other. Sundar’s statement at a magazine said that he never felt too comfortable walking up to the girl’s hostel to meet Anjali. Even Anjali got embarrassed sometimes as the hostel warden would often shout at the top of her voice that Sundar was there to meet her.

Anjali and Sundar dating life was quite difficult because of a lack of mode of communication. After they completed their degrees, Sundar had to leave for the United States for higher studies. Since Sundar belonged to a middle-class family, he could not make International calls every day. Sometimes they had to wait for more than six weeks to speak to each other. But, no matter what, the charm in their relationship never went away. As per the statements by Anjali Pichai, the distance brought them closer to each other. Anjali managed to get a job in the USA, and Sundar also got a job in a semiconductor firm.

Both of them had planned their marriage, and they sought their parent’s approval before tying the knot. Their families were more than happy with the alliance, as both of them were doing best in their respective careers. Their wedding was a simple one, and only close families and friends were present at the wedding. After their marriage, both of them settled in the United States, and right now, they are the proud parents of two beautiful kids Kavya and Kiran.

Both Anjali and Sundar began their career and journey from a humble background. They took birth in simple middle-class families. Both of them did have a luxurious lifestyle. Both of them studied, and they worked very hard to achieve their goals. Anjali has always been by his side, and she has guided Sundar in all his decisions. When Yahoo and Twitter approached Sundar for a job, Sundar made up his mind to leave his Google career. However, Anjali explained to him that he needs to make the right decision at the moment. Her valuable advice made Sundar the CEO of Google. She is Sundar’s lady luck.

These days, Sundar and Anjali Pichai love story is quite inspirational for all youngsters these days who fall in love. They have been with each other for more than two decades. Moreover, they stand with each other in all thick and thin. This is the love story and life partner that everyone should aspire to. 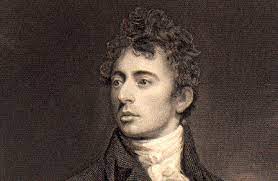 The Importance of Salicylic Acid 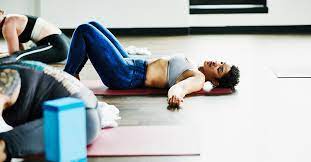 Best Stretches For Your Lower Back Pain