Steroids, endogenous hormones, for example, sex hormones estrogen and testosterone or hormones of the adrenal cortex cortisone and aldocortin, play an important role in metabolic processes and are used in pharmaceuticals, including hormone therapy, anti-rheumatic, anti-arthritic drugs and bodybuilding drugs.

they are used in general hormone replacement therapy and testosterone replacement therapy, and their current value is $ 3.6 billion. The main driver of market growth is raising awareness of postmenopausal risks in women. Other factors include aging populations, innovative drug delivery systems, and pharmaceutical markets in countries with economies in transition.

Steroid hormones are predominantly cholesterol-based and are synthesized by the endocrine glands and delivered to the target tissue by the bloodstream. At the site of application of action, they combine with highly specialized cellular receptors to perform a key function in protein formation. For the production of steroid hormones for pharmaceutical purposes outside the body, a direct extraction procedure is used from special nutrient solutions.

Hormones are organic signaling molecules that transmit messages within the body and are involved in the regulation of internal processes. Hormones are secreted by the endocrine system, enter the bloodstream, move with it in the body, reach and activate target cells, and thus control metabolic processes. Hormones are in many ways similar to neurotransmitters, with the exception that they are completely synthesized within the body and act not only on nerve cells but also on other issues.

Hormones are protein, steroid, and amino acid derivatives. Protein hormones dissolve well in water, steroid hormones are synthesized from cholesterol and, conversely, avoid water and dissolve in fat. Therefore, they are also called lipid (fat) hormones. Steroids require transporter proteins to move, while protein hormones travel on their own.

The synthesis of steroid hormones regulates the central nervous system. The initial impulse, external or internal, enters the brain.

Here the signal is processed and transmitted to the hypothalamus. He begins to produce pathways (stimulating hormones) or statins (inhibitory).

They act on the pituitary gland, which in turn gives the command to act on the thyroid and genital glands and adrenal glands, which begin or stop the production of hormones. Synthesized hormones enter the bloodstream and activate processes in tissues and cells.

The hormone reaches the desired cell and has an effect on its metabolism. Lipid hormones can even interfere with the process of reading genetic information – to activate or block the work of certain genes. When the task is completed, the hormones break down in the cell or, a little later, in the liver.

Hormones accompany us for most of our lives – they affect growth, puberty, hunger and satiety, sexual desire, and age-related changes. The hormonal system interacts with the immune system, regulates metabolism, and affects emotions. In a word, it deserves no less attention than neurotransmitters.

Androgens are male sex steroid hormones. They are present in both men and women, but they influence the formation of the male constitution. This process begins even in the womb – depending on the genes and chromosome set in the embryo, different types of receptors are activated. In boys, they will be sensitive to the mother’s testosterone, in girls – to estrogen. Genetically incorporated susceptibility to hormones will determine human development.

Studies have shown that men and women differ both at the physiological level, and behavioral traits due to biology.

Not only external sexual characteristics, but also the size of internal organs, the characteristics of the immune system and the structure of the brain depend on sex.

In men and women, the sizes of the nuclei of the hypothalamus – the very center of neuroendocrine regulation, about which we spoke two paragraphs ago, differ. Women, for example, will have a larger nucleus that regulates the level of luteinizing hormone. It controls ovulation in women and testosterone levels in men. The ovulation process is associated with a peak in luteinizing hormone – therefore, this area of ​​the hypothalamus in women is larger.

Due to the high level of testosterone, men will be less prone to anxiety and depression. In women, verbal memory is better developed, and in men, spatial and visual thinking.

In addition, they are responsible for more obvious things – the size of the genitals, the growth of a beard, mustache, and chest hair, a low voice. With a high level of androgens, these signs can also occur in women.

Hormones and their influence on the formation of a person’s personality is surrounded not only by the professional community, which has given rise to many myths. Some studies have insisted that maternal testosterone levels during the prenatal period affect fetal development, future behavioral characteristics, and even sexual orientation.

There is even such an indicator as to the ratio of the length of the index finger and ring finger, which can indicate an increased level of testosterone in the prenatal period and the prevalence of “male” behaviors in the character, both in men and women. It should be noted here that the main role in determining and shaping sex is played by genes, on which, in turn, sensitivity to androgens or estrogens will depend.

Androstenedione is a secondary sex hormone that is secreted by the testicles in men, the ovaries in women, and, in a small amount, by the adrenal cortex in both sexes. This is a precursor hormone: in the gonads in men, it is converted to testosterone, in the ovaries and adipose tissue in women, to estrone (female sex hormone). If adipose tissue exceeds the norm, estrogen levels may also increase in men.

The activity of androstenedione as an androgen hormone is about 20% of the activity of testosterone, but plays an important role in puberty.

Extraction in a liquid-liquid system from a counterflow

In the continuous direct extraction technology used by GEA, the fermented nutrient solution is processed by extraction in a liquid-liquid the system in counterflow. After precipitation, concentration, crystallization and drying of the extract, steroid hormones are available in the form of a crude salt and can be suitably processed in the pharmaceutical industry.

In the process of continuous direct extraction, the fermented nutrient solution undergoes an extraction process in a liquid-liquid system in a counter flow (also called solvent extraction or digestion). After precipitation, concentration, crystallization, and drying of the extract, steroid hormones are available in the form of crude salt and can be subsequently processed in the pharmaceutical industry.

and ending with extraction systems, industrial hygiene plants and fully integrated comprehensive localization solutions, the company GEA has the experience and knowledge to implement and optimize complex processing lines for the production of steroids and hormones.

How do steroid hormones work?

Hormones are atoms created and discharged by the endocrine organs in the body. Hormones are discharged into the circulation system and travel to different pieces of the body, where they achieve explicit reactions from explicit cells.

Steroid hormones are fat-dissolvable particles got from cholesterol. They are created by certain endocrine organs and organs and emitted into the circulation system to arrive at target cells.

Steroid hormones follow up on cells by going through the phone film, entering the core, authoritative to DNA, and starting quality translation and protein creation.

Anabolic steroid hormones are engineered atoms that impersonate the impacts of testosterone. Illicit use and maltreatment of these hormones can prompt various negative wellbeing impacts.

How does it Work

Steroid hormones cause changes inside a cell by first going through the cell film of the objective cell. Steroid hormones, dissimilar to non-steroid hormones, can do this since they are fat-dissolvable. Cell layers are made out of a phospholipid bilayer which forestalls fat-insoluble particles from diffusing into the cell.

Once inside the cell, the steroid hormone ties with a particular receptor discovered uniquely in the cytoplasm of the objective cell.

The receptor-bound steroid hormone at that point goes into the core and ties to another particular receptor on the chromatin. When bound to the chromatin, this steroid hormone-receptor complex requires the creation of explicit RNA atoms called errand person RNA (mRNA) by a procedure called interpretation.

The mRNA atoms are then adjusted and shipped to the cytoplasm. The mRNA atoms code for the creation of proteins through a procedure called interpretation. These proteins can be utilized to assemble muscle.

The most important representatives of steroid hormones of vertebrates are progesterone, cortisol, aldosterone, testosterone, and estradiol. Today, calcitriol (cholecalciferol, vitamin D) is also included in this group, although the steroid skeleton of this compound is somewhat modified. The most important invertebrate hormone is ecdysone.

Female sex hormone progesterone refers to progestogens. It forms in the corpus luteum (Corpus luteum) of the ovaries. The concentration of progesterone in the blood varies in accordance with the life cycle. Progesterone prepares the uterine mucosa for the perception of a fertilized egg. After fertilization, progesterone begins to be synthesized in the placenta, ensuring the normal course of pregnancy.

Estradiol is the most important representative of estrogen. Like progesterone, it is synthesized in the ovaries, and during pregnancy also in the placenta.

Estradiol regulates the menstrual cycle. It stimulates the proliferation of cells of the uterine mucosa and is also responsible for the development of secondary female sexual characteristics (development of the mammary glands, the nature of fat deposits, and the like).

Testosterone is the Most Important Representativeandrogens (male sex hormones). It is synthesized by Leydig cells in the testes and controls the development and function of the sex glands. This hormone is also responsible for the development of secondary male sexual characteristics (muscle development, hairline, and the like).

The most important glucocorticoid, cortisol, is formed in the adrenal cortex. He takes part in the regulation of protein and carbohydrate metabolism, stimulating the degradation of proteins and the conversion of amino acids to glucose. Thus, it helps to increase the concentration of glucose in the blood (see. Sources of energy ). Synthetic glucocorticoids are used as drugs with anti-inflammatory and immunosuppressive effects.

Mineralocorticoid aldosterone is synthesized in the adrenal cortex.

It affects the function of the kidneys, where due to the activation of Na + / K + -ATPase it ensures the retention of sodium salts in the body (reabsorption). At the same time, this process is accompanied by the elimination of K + from the body. Consequently, aldosterone indirectly raises blood pressure.

Calcitriol is a derivative of vitamin D (see Fat-soluble vitamins ). This Calcitriol precursor is synthesized in the skin under the influence of UV light, and the hormone itself is formed in the kidneys (see Endocrine kidney function ). Calcitriol stimulates the absorption of calcium in the gastrointestinal tract and the incorporation of calcium into bone tissue.

Iodothyronine. Among the signal substances that are derivatives of amino acids, only thyroxin (tetraiodothyronine, T4) and its active derivative triiodothyronine (TK) possess lipophilic properties. Both substances are formed in the body from the amino acid tyrosine and contain one phenolic residue more than the precursor molecule.

Recognize the signs and symptoms of gout

Diagnosis of Autism in Girls and Women 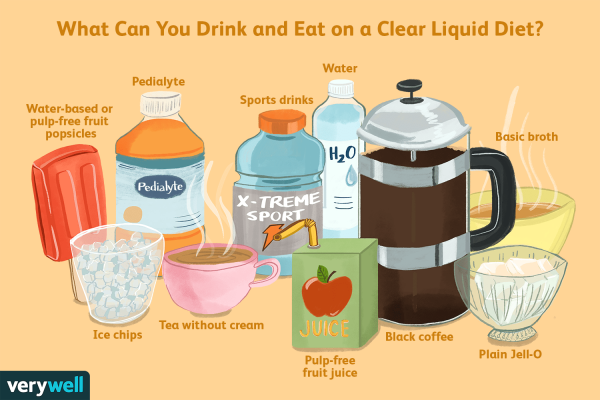 Is cream of wheat healthy for Body